The City of Freedmen

It was March 5, 1862, and rumors were spreading throughout the slave population living on plantations in Eastern North Carolina that the Yankees had taken Roanoke Island and would be sailing to New Bern, NC, a major port located at the confluence of the Neuse and Trent Rivers. Although the Emancipation Proclamation was still eight months away, the Union army was already treating escaped slaves as freedmen. The thought of freedom from bondage, which was all they had ever known, was almost beyond comprehension for the Negroes. On March 14, Union troops broke through Confederate lines and seized control of New Bern. As word spread that Union liberators occupied New Bern, large numbers of slaves escaped the farms and plantations throughout Eastern NC to seek their freedom. 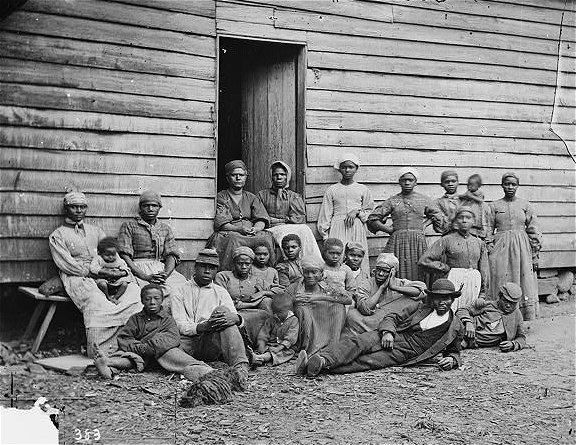 As the slaves continued to pour into New Bern, Union General Burnside was faced with the growing problem of how to feed, clothe and house the ever-growing population. To further complicate the matter, there were many Whites who were then unable to feed themselves since the war had disrupted the local economy. To address those problems, Burnside appointed Vincent Colyer as Superintendent of the Poor for the federally occupied areas in North Carolina. The freed slaves were immediately put to work by General Burnside building fortifications in New Bern and other coastal areas that were under the control of Union forces. During Colyer's tour of duty, the free slaves under his care constructed Fort Totten, located in the center of New Bern. Fort Totten played an important part in repelling two attempts by Confederate forces to retake New Bern. Today it is still called Fort Totten and serves as a city park. Freed slaves also built forts on Roanoke Island and in Washington, NC. Colyer paid the laborers $8 a month and provided them with one meal a day. Many freed slaves also worked loading and unloading the many supply ships that came to the port city on a weekly basis. Others worked building a railroad bridge across the Trent River to replace the one that was destroyed by Confederate soldiers while they retreated. 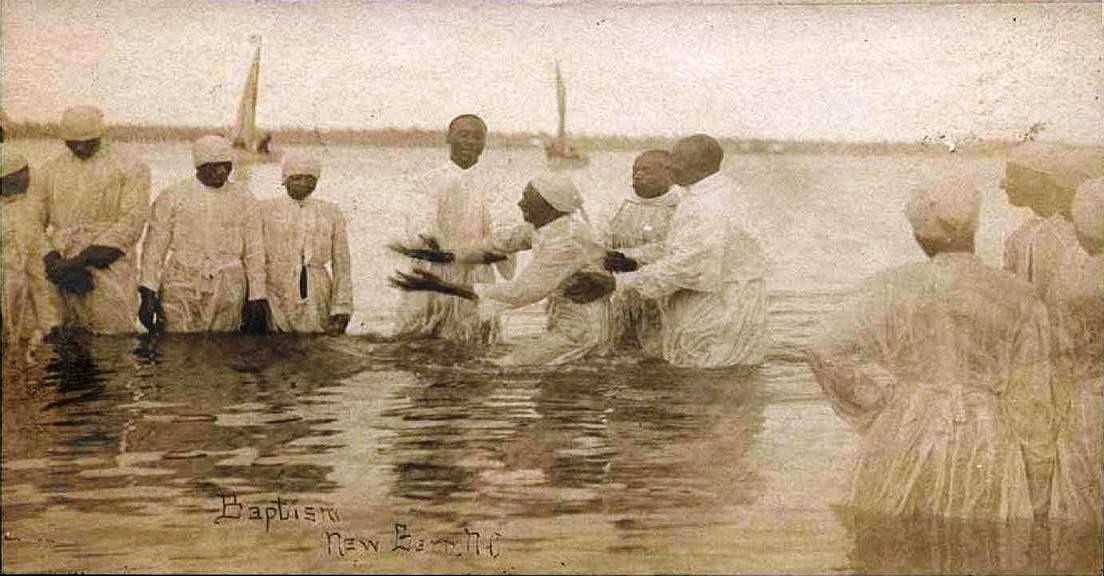 Colyer helped the freedmen establish churches since religion had played an important role in comforting them as they toiled long hard hours in the fields. In New Bern, Blacks established the first African Methodist Episcopal Zion church in the South. Colyer also believed it was important for the freed slaves to get at least a basic education and started two evening schools. At one time, the schools had as many as 800 pupils. In May, 1862, President Lincoln appointed Edward Stanly as provisional governor of North Carolina. His job was to oversee the political reconstruction of the areas under Union control with the hopes that he could create a loyal civil government. Stanly, although a Republican, had deep roots in the South and was for the most part unsympathetic to the plight of the freed slaves. After assuming office, he took measures that bought him in conflict with Colyer and others who were trying to improve the condition of Blacks in the South.

Although Stanly approved of Colyer's efforts to feed and clothe Blacks, he opposed educating them and closed the evening schools. Colyer was outraged and went to Washington, D.C. where he had an interview with President Lincoln who assured him that Stanly did not have the authority to shut down the schools. When Colyer returned to New Bern, he had a conciliatory meeting with Stanly who agreed not to interfere further with the schools. In the fall of 1862, General Burnside was transferred to the Army of the Potomac. Because of his hostilities with Stanly, Colyer decided to leave the area with Burnside. General John G. Foster, Burnside's successor, appointed Army chaplain James Mears to replace Colyer as Superintendent of the Poor.

In 1863 when President Lincoln issued the Emancipation Proclamation, Stanly resigned in protest. Soon after the Proclamation was issued, the recruitment of black soldiers into the Union army began in New Bern. In April, 1863, Secretary of War Edwin Stanton authorized Colonel Edward Wild to organize a brigade of black troops in the department of North Carolina. That unit came to be known as the African Brigade. The soldiers of that unit were highly motivated and willing to perform whatever duties were assigned. The African Brigade demonstrated courage and a dedicated fighting ability during the two Confederates attempts to retake New Bern.

In early 1863, Superintendent of the Poor Mears died of yellow fever. By that time, there were so many freed slaves coming to New Bern that General Foster decided to appoint someone as Superintendent of Negro Affairs. He chose the Reverend Horace James, a chaplain from Massachusetts. In order to provide the many freedmen with places to live and to secure locations from which he could implement programs specifically designed for them, James set up several refugee camps on land that had been abandoned or was then under control of the Union forces.

In the spring of 1863, James established a settlement at the confluence of the Neuse and Trent Rivers, about one-half mile south of New Bern. The land once belonged to Richard Dobbs Speight, one of the original signers of the United States Constitution, who later served as governor of North Carolina. The site was named Trent River Camp and was about 30 acres in size. James was responsible for providing basic shelter, education and medical care to the freed slaves. Because of the compassion exhibited by James in helping the Negroes better their lives, the settlement was renamed James City. The area is still called James City and is primarily an African-American neighborhood.